Trust Is the Next Frontier

In the Web 2.0 economy, trust has been created and managed by centralized institutions—like a low-res digital copy of the analog world that preceded the internet. Banks and credit card processors guarantee transactions and payments, big tech companies act as gatekeepers to the internet and social media companies control how we connect with each other. In the 3.0 iteration of the internet economy, connections will become decentralized and institutional gatekeepers will be increasingly disintermediated. The most revolutionary change, however, is that trust will not come from institutions—it will be created in software that can be applied to myriad use cases, such as conducting transactions, lending money and managing complex supply chains. In this revolutionary paradigm shift, trust becomes a technology. Someday soon we might talk about trust as a service.

Pioneering digital trust is a big part of my excitement for the work DocuSign has in front of us. I believe how we create trust in the next age of the internet is one of the world’s biggest challenges, one that will involve not just new technologies but also a new mindset. Candidly, and in hindsight, when we built Web 2.0 we were quite naive when it came to trust, and we put ease of access and sharing ahead of the need to protect identity and ensure personal data security. Too often, the institutions we have depended upon have let us down. It’s not surprising that trust has been eroding across all aspects of society.

Only 26 percent of Americans trust the news media, and 82 percent do not even trust news websites to manage their personal data responsibly, according to a recent Reuters report. Two-thirds of Americans do not believe social media platforms protect their personal information, according to Insider Intelligence. Two-thirds of Americans also believe social media platforms have a negative effect on society, and the biggest reason cited is that the explosion of misinformation makes it impossible to trust what they read, according to Pew Research. Cybercrime complaints reached a new high in 2021, and have more than doubled since 2018, according to the FBI’s 2021 Internet Crime Report.

Trust in government has fallen below trust in business, according to the 2022 Edelman Trust Barometer report, an annual measure of trust across society. And trust in business isn’t doing so well either. A shocking two-thirds of employees believe their companies would lie to customers or conceal information that was relevant to them, according to Gallup. Worldwide, three-quarters of people surveyed by Gallup said they believe corruption is widespread in their industry. More than three-quarters of U.S. employees aren’t sure that the leaders of their organizations can be trusted. Some leaders feel the same way about their employees and are installing tracking software to keep an eye on remote workers, though it appears that closely monitoring knowledge workers generally makes performance worse. In general, remote work has contributed to an overall decline in trust inside organizations.

The situation seems bleak, but there is an enormous opportunity to create value by rebuilding trust inside organizations. Employees who trust their employer are more than twice as likely to recommend their company’s products, and to remain engaged, loyal and committed, according to the Edelman report.

An even bigger opportunity exists if we can leverage AI and distributed ledger technology to build and maintain a dynamic “trust fabric” between organizations and even among all parties in complex networks like supply chains. Today only 6 percent of organizations have full visibility into their supply chains. Nearly 80 percent of companies say their supply chain partners expose them to greater risk of ransomware. More risk exposure arises from the shift to software as a service. About 70 percent of software is now delivered in a SaaS model, and large organizations on average rely on nearly 200 SaaS vendors. Maintaining trust across so many partners is a daunting task—perhaps even impossible using the tools we have today—especially since roughly 40 percent of SaaS assets are unmanaged.

At DocuSign we envision solving this problem by developing systems of agreement: digital trust systems in which AI augments, automates and accelerates the work on contracts and agreements, and trust is delivered in the software platform we use to connect networks of networks. Today the work of managing agreements is performed by humans alone, an approach that’s slow and error-prone. Digitizing that work by building trust systems will enable organizations to operate at higher speed and with greater security, as digital trust systems will be faster, safer and better able to scale than the ones we use today. To be clear, AI-driven digital trust systems will augment humans by removing errors and noise, but will not replace humans. In the near future, trust will be a currency upon which value will be created and exchanged.

DocuSign is also reimagining what contracts and agreements should look like. Twenty years ago DocuSign made a big step forward by replacing paper contracts with electronic documents. The next big leap will be using AI to create dynamic, adaptive contracts that can “think,” act and communicate with one another, instead of being static documents stored on hard drives.

Adaptive contracts will tell you when they’re due to be renewed, or alert you when a change occurs that affects the terms of an agreement. This new approach to contracts and agreements will remove inefficiencies, accelerate workflows and build stronger trust between organizations and individuals.

One of our DocuSign customers, RKVST (the name is a play on the word “archivist”), has developed a blockchain-powered platform that replaces paper-based governance systems in high-stakes applications. One RKVST client handles the disposal of nuclear waste in the U.K., a complex chain of tasks that involves many hand-offs as spent fuel goes from a reactor to underground storage facilities.

In the past, that work involved human verification, and steps were recorded in different ways. Some were tracked on paper, others on iPads. Some information was stored in spreadsheets, others in file cabinets. If something went wrong—the detection of a leaking barrel, for example—it could take weeks or even months to work backward through the chain of custody. The approaches taken by RKVST and others will be followed by many others.

We’re in the very early days of what might be the biggest technological revolution of our lifetime. Replacing paper-and-human verification processes with digital trust systems will transform the way we do business and create a global economy that’s faster, smarter, safer and more scalable. 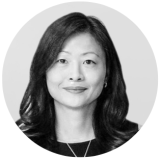