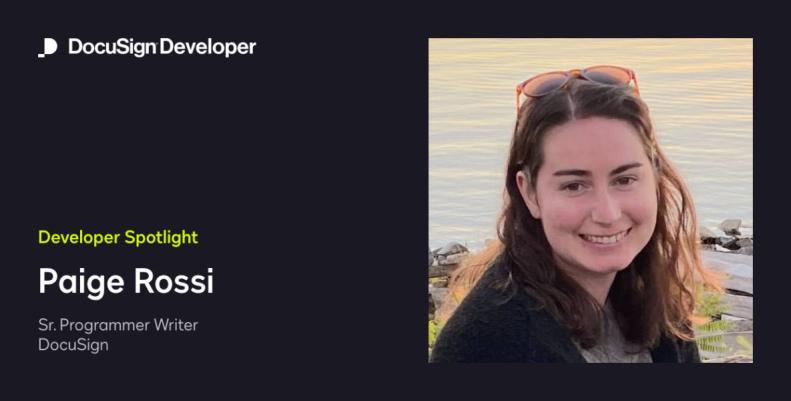 Paige Rossi graduated from Hamilton College in 2018 and has been working as a technical writer ever since. In her first role she was focused on internal documentation for a company that was building autonomous vehicles. She joined DocuSign and took on the role of Programmer Writer because she wanted to write more code and learn more about APIs. Now Paige writes code examples, builds sample apps, and creates other content that helps developers learn how to use DocuSign APIs.

Part of Paige’s job at DocuSign is to maintain and build new code examples for our code launchers. She has worked with most of our 6 different SDK languages, but her favorite is Python. When we add new examples to our launchers, Paige is responsible for “porting,” or translating that example into one or more of our SDK languages. Usually, she will start with the API endpoints or with a Bash script that makes the API calls and then figure out how to make those same API calls with our SDKs. Paige says, “It’s fun to see the different nuances between languages and it’s a great way for me to learn new programming languages as well.” Paige also works on our Quickstarts and wrote the Python code for the JWT Grant remote signing example Quickstart. For that Quickstart, Paige wrote a Python script that executes the code you need to authenticate with JWT and run our remote signing example, which requests a signature from a user by email. The new Quickstart gives developers a simplified way to get started with their DocuSign integrations.

In her free time Paige loves to read and watch reality TV. She’s always been a swimmer, but she recently took up open water swimming and has enjoyed going for swims in the San Francisco Bay. You can reach Paige on LinkedIn. 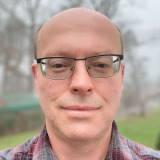